The below is a transcript of the video above.

In the highlands of Scotland, it was race day last week. In the wake of the English Channel’s big swim came the Scottish mountains big climb. Ben Nevis, the highest peak of them all, was the target once again for a group of runners. 21 men had entered for a race that qualifies as Britain’s toughest race on foot. For everyone who completed it, there was to be a prize with a bottle of whiskey for the last man home. And on the firing of the starter’s gun, they set out to the top of Ben Nevis and back.

With the starting point in Fort William left behind, the runners were now on the open road with 15 miles to go before they got back to Fort William. During that time they faced a climb of more than 4,000 feet to the peak of Ben Nevis the highest mountain in Britain, and Jock [Petrie 00:01:06] at 48 the oldest among them was doing as well as the youngsters as the grueling climb began. From here on, there was no set route. It was anybody’s choice so long as it led to the top somewhere above in the mist.

To keep in touch with the runners, walkie talkie sets were used both at the summit and at base and there on a large map. The people of Fort William reinforced by hundreds of holidaymakers followed the race as each man’s progress was marked up. But never even for a fleeting moment did Ben Nevis emerge from the mist, and when the first man reached the summit and checked in with a marker, he had soared through the clouds to reach the top and with it the halfway mark of the race.

There was no pause on the bend just a quick turn around, and then it was through the clouds again on the exhilarating but dangerous run downhill to Fort William, 4,000 tiring feet below. Seven miles down and the park at Fort William was within reach again, and first man back at the starting point was Brian Kearney, a 21-year-old bricklayer. Following him home came 18-year-old, Eddie Campbell. Both had completed the 15-mile course inside two hours thereby breaking a 12-year-old record and when Tom Kearney came in third the Kearney family supremacy was complete.

To the winner a cup and to others who finished within three hours a medal, and to Mr. Petrie who had given up halfway, a silver bowl for being the oldest competitor in the fastest Ben Nevis race on record. 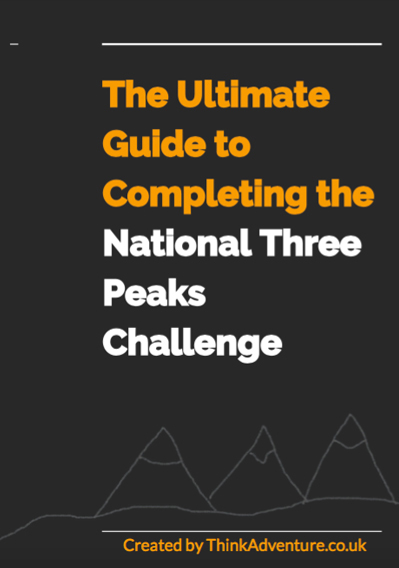